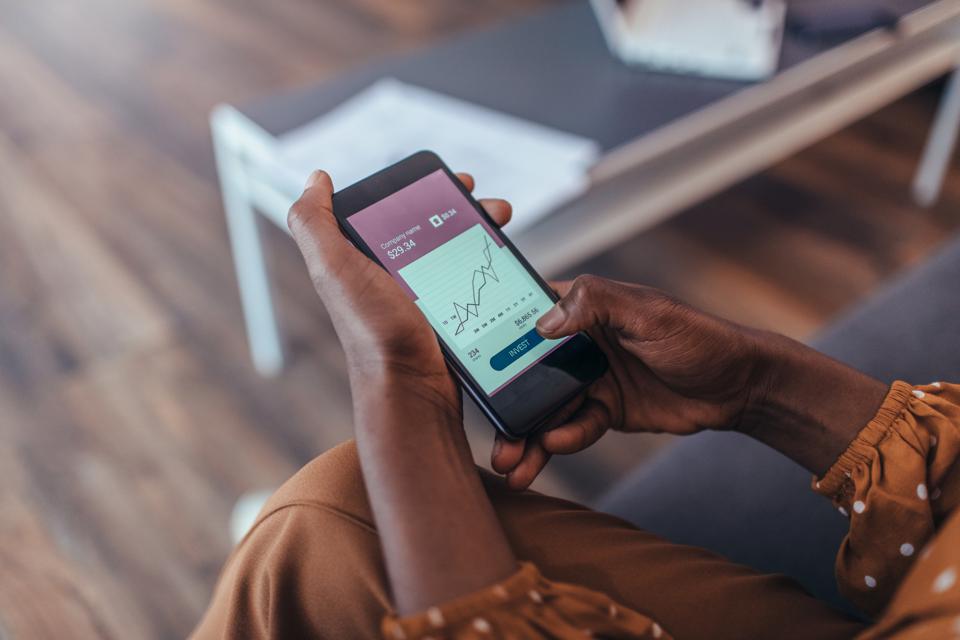 When Monique Woodard started Black Founders in 2011, she wanted to help black entrepreneurs like herself find mentorship, community, and funding in a tech industry that was predominantly white. Career advice and networking opportunities became abundant, as Black Founders grew to include conferences, hackathons, and many warm introductions. Money, however, was another story. For years, Woodard watched as black-led startups struggled to get funding, much to her dismay. “If we weren’t touching capital, all of that support was for nothing,” she says.

Woodard eventually left entrepreneurship to become an investor, where she thought she could make more of an impact. (Right now, she’s starting a new fund called Cake Ventures.) But after spending more than a decade in Silicon Valley, she says little has changed. “We are still not equitably connecting to founders and writing checks into companies led by black entrepreneurs.”

Few things have been disrupted less in Silicon Valley than its demographics, which for decades now have been overwhelmingly white and male, especially at the top. Between 2013 and 2017, more than 77 percent of venture-backed founders were white, according to a report from Rate My Investor. Just 1 percent were black. The numbers are even worse for black women, who represent less than 0.2 percent of those companies. Some have suggested the disparity stems from who is holding the purse strings: In a 2018 survey of over 200 VC firms by the National Venture Capital Association, just 4 percent of employees were black.

Critics have called out Silicon Valley’s diversity issues for years, but suddenly more people are taking note. As thousands of Americans protest racism and violence at the hands of police, amid a pandemic that is disproportionately killing black people, national attention is expanding to focus on institutional bias in other arenas of American life, including the workplace. Some venture capital firms have issued public statements condemning racism, while others have turned their gaze inward, committing to doing better when it comes to their own investments. Last week alone, Andreesen Horowitz, one of the most decorated firms on Sand Hill Road, announced its new Talent x Opportunity Fund to support “underserved” founders, while SoftBank announced a $100 million Opportunity Growth Fund, focused on founders of color.

This new wave of initiatives has drawn some qualified praise from prominent black VCs, while indicating the industry still has a long way to go. “It’s not enough. It’s never been enough. And maybe never will be enough,” Backstage Capital’s Arlan Hamilton said on her podcast Your First Million. “But it’s something, and something is better than nothing.” Hamilton has previously noted that Bird, a startup for electric scooter rentals, “got more funding in their last round than all black women who received venture funding in 2019.”

Investors and firms have promised to improve on diversity for years at this point, without much change. When diversity is addressed, it’s often on gender lines: The number of venture capital firms with two or more female partners doubled last year, a significant gain for an industry that’s long been viewed as a boy’s club. On racial diversity, though, the needle hasn’t moved very much. At a virtual event last week organized by the investor network BLCK VC, discussion focused on how to move past what Elliott Robinson, a partner at Bessemer Venture Partners, called “diversity theater.” Too often, he said, diversity initiatives serve the firm’s public image, without actually helping black founders, and only come after something tragic has happened to the black community. “Black entrepreneurs don’t need a separate water fountain,” Woodard said at the event, which was livestreamed to nearly 4,000 viewers. “You have to fix the systemic issues in your fund that keep black founders out and keep you from delivering better returns.”

Many of those barriers are tied up with racial inequalities that exist in the United States more widely. Take access to capital. The net worth of white American families is 10 times that of black families, according to recent research from the Brookings Institution, a centrist think tank in Washington, DC. This stems from historic discrimination, and it extends far beyond businesses in Silicon Valley. In startups, it means a black founder is less likely to have a family member who can put tens of thousands of dollars into the idea for a startup. “The funding gap starts at day zero, because of a lack of friends and family capital,” says Woodard. “It also happens with access to networks and access to angel investors.”

Raising funding is still about who you know as much as what you know. Woodard says programs like accelerators and incubators can help to bridge this gap by offering seed investments as well as introductions to key Silicon Valley networks. Andreessen Horowitz’s new fund takes this tack, providing seed funding to founders “who did not have access to the fast track in life but who have great potential.” The Talent x Opportunity fund, or TxO, started with $2.2 million in donations from the partners, which initially drew criticism: Andreessen Horowitz has more than $12 billion under management and just last month invested $10 million in Clubhouse, a social media app that is not yet out of private beta. But the firm later clarified that donations have since grown, and TxO will operate as a donor-advised fund—a type of charitable giving account—with returns going back into future investments. (Andreessen Horowitz declined to make any investors available for an interview for this story.)

Programs like the TxO fund can give founders a way toward future investments, but it’s not the same as getting an investment from Andreessen Horowitz. Offering mentorship isn’t the same as writing a check. Tiffani Ashley Bell, founder of the startup Human Utility, rallied last week for investors to “make the hire, send the wire” rather than wringing their hands about how to improve diversity. “It’s not some problem that has to be brainstormed. It’s not that hard,” she says. “Hire more black people, invest in more black people, and stop making excuses for why you can’t.”

Frederik Groce, a principal at Storm Ventures and cofounder of BLCK VC, says that venture capital has remained largely white and Asian because investors haven’t always matched their diversity platitudes with diversity dollars. “If you really want to make change, you have to invest in it,” says Groce. “Building a company is still a capital-intensive activity. If you give me all the best mentorship, but if I’m still under-resourced, I’m still going to lose.”

Rather than simply mentoring founders from the bottom up, investors also need to change their behavior from the top down. At the BLCK VC event, Woodard pointed out that many VC firms still do not have a single black-owned company in their portfolio—something she called “a failure that cannot be donated away.” Diversifying portfolios may require partners to actively network beyond their own circle of people, or to diversify the firms themselves. The 2018 NVCA survey found that 93 percent of firms surveyed did not have a single black investment partner. “Once you start opening up to black partners, black women partners, you start to see a whole different swath of highly qualified entrepreneurs who get funding and have a shot,” says Woodard.

Del Johnson, an early-stage investor, has long called for an end to so-called “warm introductions” in venture capital, as privileging founders who are already in an investor’s social circle. Other VC firms, like Collab Capital, have built their funds’ thesis specifically around investing in black entrepreneurs. But few firms have made public goals about diversifying their investments, making it hard to track how much progress has been made.

Public goals—and public data—could help hold venture firms accountable on their diversity goals. “We want the community to be measuring these diversity elements, because they’re not, and we’ve been asking people to share them publicly,” says Groce. Tech companies, which started publishing their diversity metrics five years ago, haven’t seen much improvement. But at least the data offers a clearer picture of the problem.

And data, along with sustained attention to these issues, will reveal whether recent corporate pledges to do better are just more “diversity theater,” or if the VC industry is in fact signaling a new era. “In this community, we tend to be like goldfish in a fish bowl, with a memory of about three seconds,” says Groce. “But maybe something really is changing.”