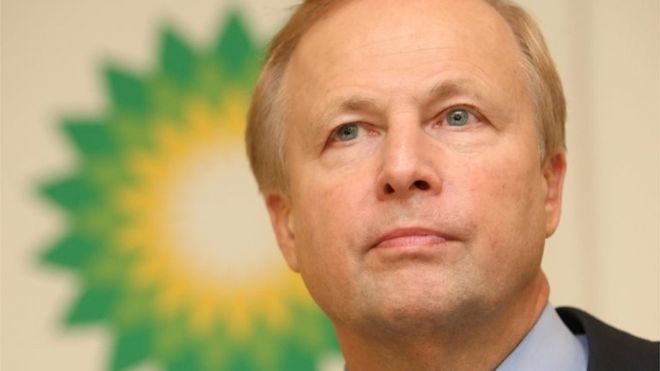 Just over 59% of investors rejected Mr Dudley’s 20% increase, one of the largest rejections to date of a corporate pay deal in the UK.

Corporate governance adviser Manifest says the vote is at or above the fifth-largest in the UK against a boardroom remuneration deal.

In his opening address to the shareholders’ meeting, before the vote had been formally announced, Mr Svanberg acknowledged the strength of feeling, saying: “Let me be clear. We hear you.”

He continued: “We will sit down with our largest shareholders to make sure we understand their concerns and return to seek your support for a renewed policy.”

“We know already from the proxies received and conversations with our institutional investors that there is real concern over the directors’ pay in this challenging year for our shareholders.

“On remuneration, the shareholders’ reactions are very strong. They are seeking change in the way we should approach this in the future,” he said.

The Institute of Directors said the shareholder rebellion would “determine the future of corporate governance in the UK”.

“British boards are now in the last chance saloon, if the will of shareholders in cases like this is ignored, it will only be a matter of time before the government introduces tougher regulations on executive pay,” said director general Simon Walker.

Earlier on Thursday, Ashley Hamilton Claxton, corporate governance manager at Royal London, told the BBC: “The executives received the maximum bonuses possible in a year when [BP] made a record loss, and to us that just does not translate into very good decision-making by the board.

“We think it sends the wrong message. It shows that the board is out of touch.”

She told the BBC’s Today programme that if 20%-25% of shareholders vote down the pay deal, it would force BP to “think long and hard about their decision”.

The early voting figures suggest that the opposition is even bigger that she expected.