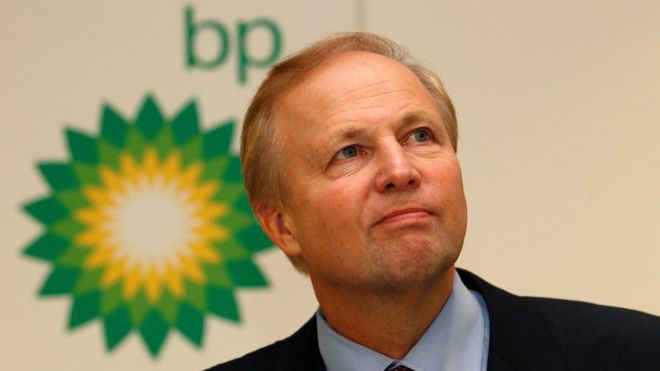 BP has cut the annual pay award for its chief executive, Bob Dudley, by 40%.

It follows a rebellion by shareholders, who last year voted against Mr Dudley’s 2015 pay award.

The rebellion prompted BP to review its pay policy. It says the resulting proposals will “better align pay and performance” and lead to a reduced maximum payout for the chief executive.

In February 2015, BP reported record losses and announced 3,000 job cuts. Despite that, Mr Dudley was offered a pay package worth 20% more than his 2014 award.

That sparked dissent from shareholders and at last April’s annual general meeting, almost 60% of them voted against the pay package.

The vote was non-binding and Mr Dudley received the package, but BP’s chairman acknowledged the unhappiness of shareholders and ordered a review, the results of which were announced on Thursday.

“The proposed remuneration policy is designed to ensure a clear link between delivery of BP’s strategy and pay,” the company said.